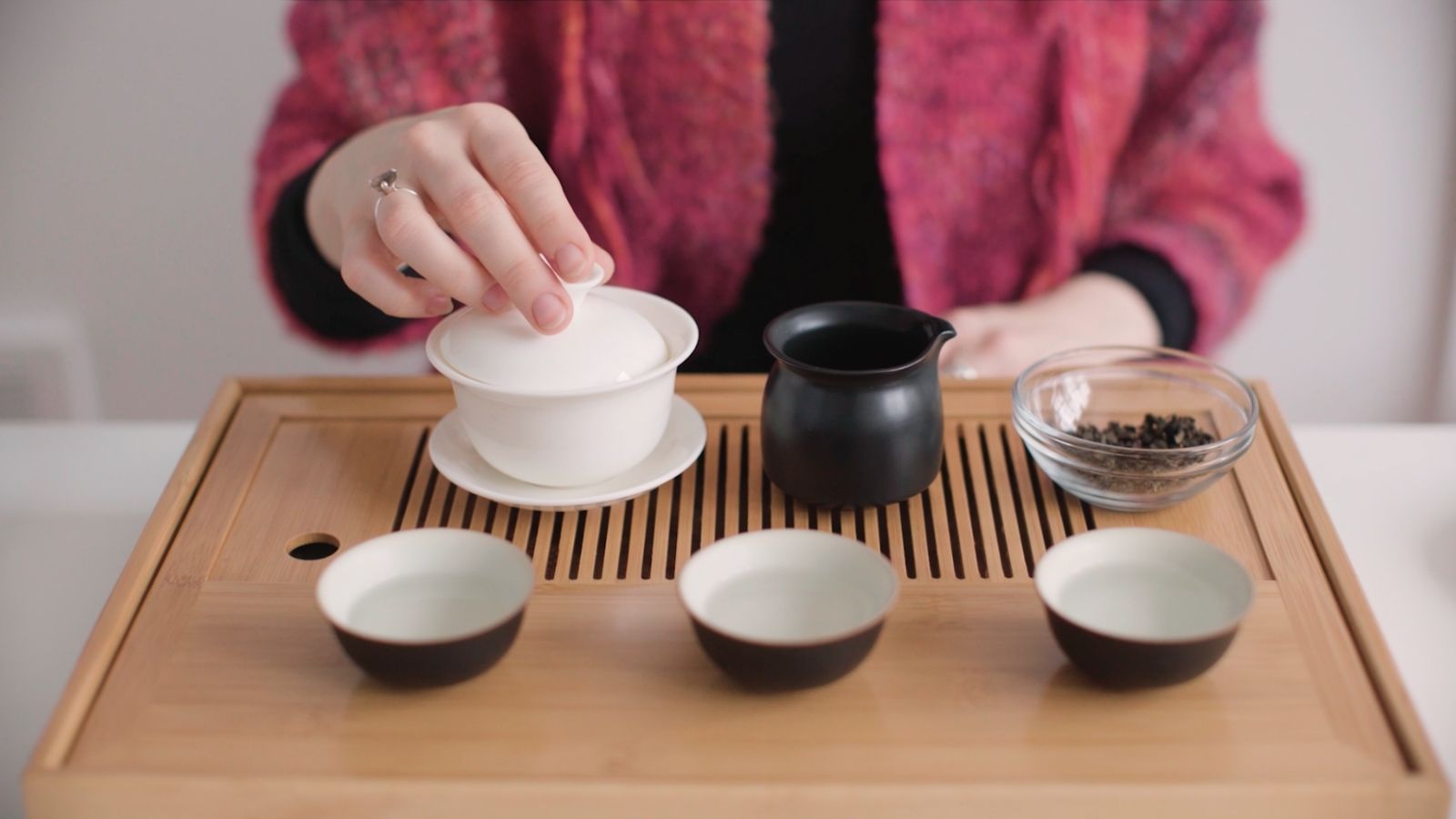 Through the ages tea has provided a source of comfort and contentment for people all over the globe. Through triumphs, tribulations, good times and bad, tea remains a steadfast companion for many of us. Tea can be, and has been for millennia, an integral part of coming back to the present moment.

A moment-to-moment awareness of one’s experience without judgment is a state of Mindfulness.  Many people use the experience of brewing tea and drinking tea to savor in a moment of bliss as they absorb the aesthetics, aromas and flavors involved in brewing the perfect cup. As illustrated in history, tea has been an activity through which we can practice the state of mindfulness. A prime example of tea as a practice of mindfulness is seen in gongfucha, or “kung­fu tea,” alluding to the mindful attentiveness needed to brew tea this way.

What Is Gongfu Cha?

The first book of tea Cha Qing or The Classic Of Tea by Lu Yu was published in 760 CE.  Lu Yu and the Tang Dynasty tea intellectuals encouraged the drinking of tea without any herbs or additives and promoted the pure taste and energy of tea. Theories were developed on how to best prepare and serve tea, as well as harvest and process. Tea was an event and more than just a means to gratify thirst.

Historically, as part of their practice, Buddhists vowed not to drink alcohol. They helped spread information about the positive benefits of tea, in lieu of alcohol. Chan (Zen) Buddhism becoming a predominant religion and the rise in popularity of tea happened concurrently and created the impression the two were synonymous. Though much of history’s focus is between Buddhism and tea, Daoists also utilized tea as a way of commerce and in their religious practices. 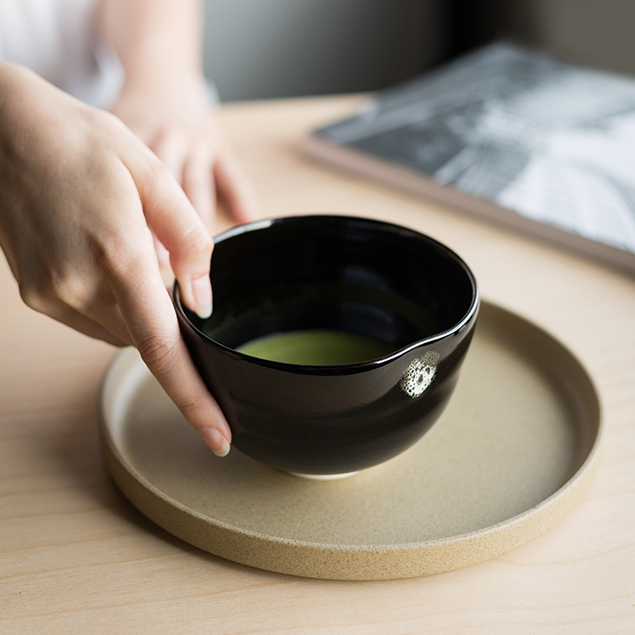 The beginnings of Chado or “Way of Tea,” began in Japan during the 12th century with the monk Eisai. The focus on humility and simple enjoyment was added by Zen monk Murata Shuko in the 15th century. In the following years, Sen no Rikyu codified the tea ceremony, or chanoyu, on principles of harmony, respect, purity, and serenity—tying into the Buddhist practices of society.  Matcha has a rich cultural tradition as the tea prepared and revered during chanoyu.  By the 15th century, the tea ceremony was fully instituted and made into an independent and secular performance in Japan.

In the 20th century, Okakura Kakuzo, the author of the essay Book of Tea, exemplifies the emotion behind the study and understanding of Teaism in his writing.  An artful, soulful quote from Kakuzo Okakura, “Why not consecrate ourselves to the queen of the Camelias, and revel in the warm stream of sympathy that flows from her altar?” Through the years, these performances have developed and changed, but you can access the traditional through following specific instructions.

Create a Mindful Practice in Your Daily Routine 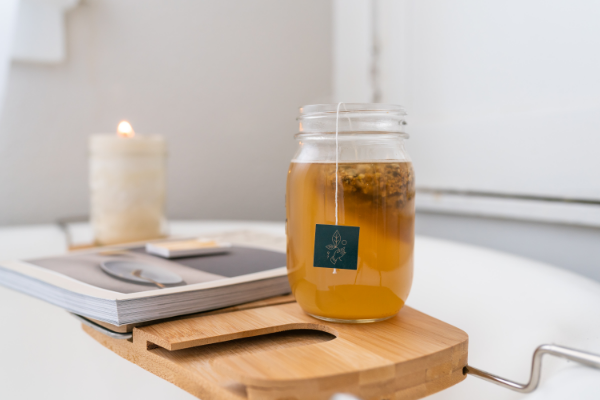 Through the study and performative aspects of tea, one can use mindfulness to connect deeply with each action, taste and moment. Though certain traditional methods are often associated with tea and mindfulness, you can practice mindfulness when you enjoy the present moment while you make any cup of tea.  Simply take a few seconds to recognize the smells and visual aesthetics while your sachet steeps and the color spreads throughout your cup.  Or watch the loose leaf tea dance as you pour hot water into a Simple Brew Tea Pot.  These small moments can evoke a feeling of satisfaction and connectedness when you make space to be mindful during your daily ritual.

Throughout history we have seen mindfulness create an increased a sense of wellness that can be used to build positive habits. When you include tea and botanicals in your daily routine they can promote a healthy and balanced life. Center your mind and spirit when you spend a few moments focused on brewing your perfect cup of tea. 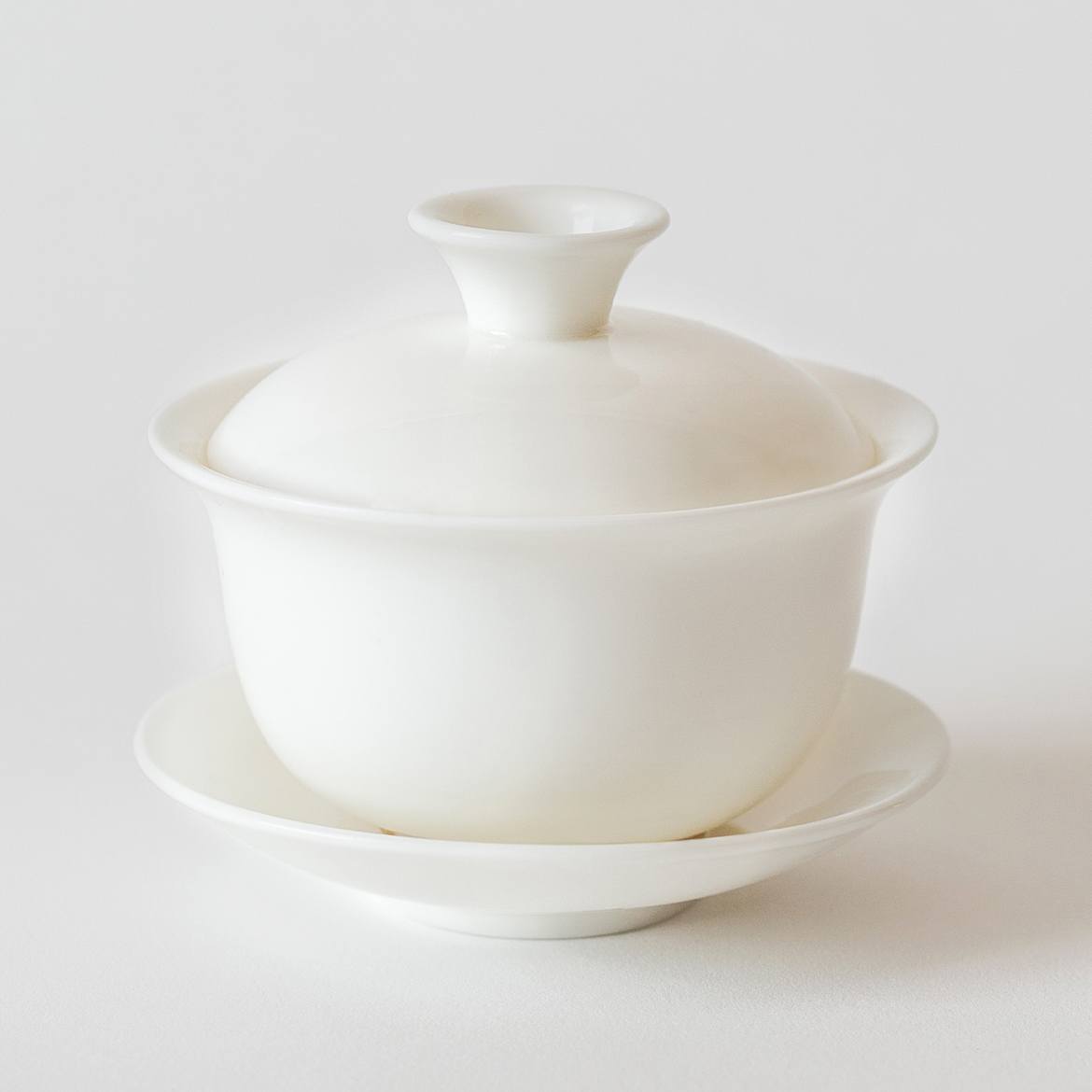 This classic gaiwan is the perfect vessel for many styles of premium teas, especially those offering complex aromas such as oolong and Pu’er. 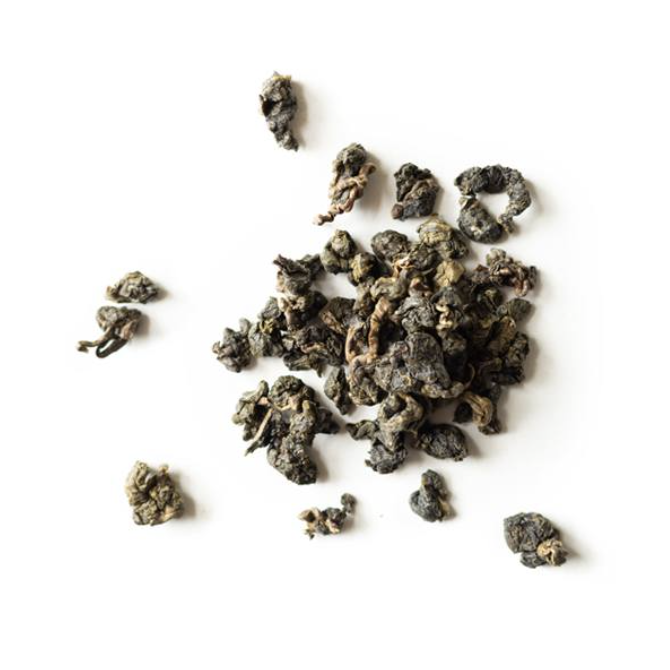 This micro-lot of Four Seasons is the same floral tea from our usual farm group in Taiwan, but this lot undergoes an artistic baking regimen that takes several weeks to complete. 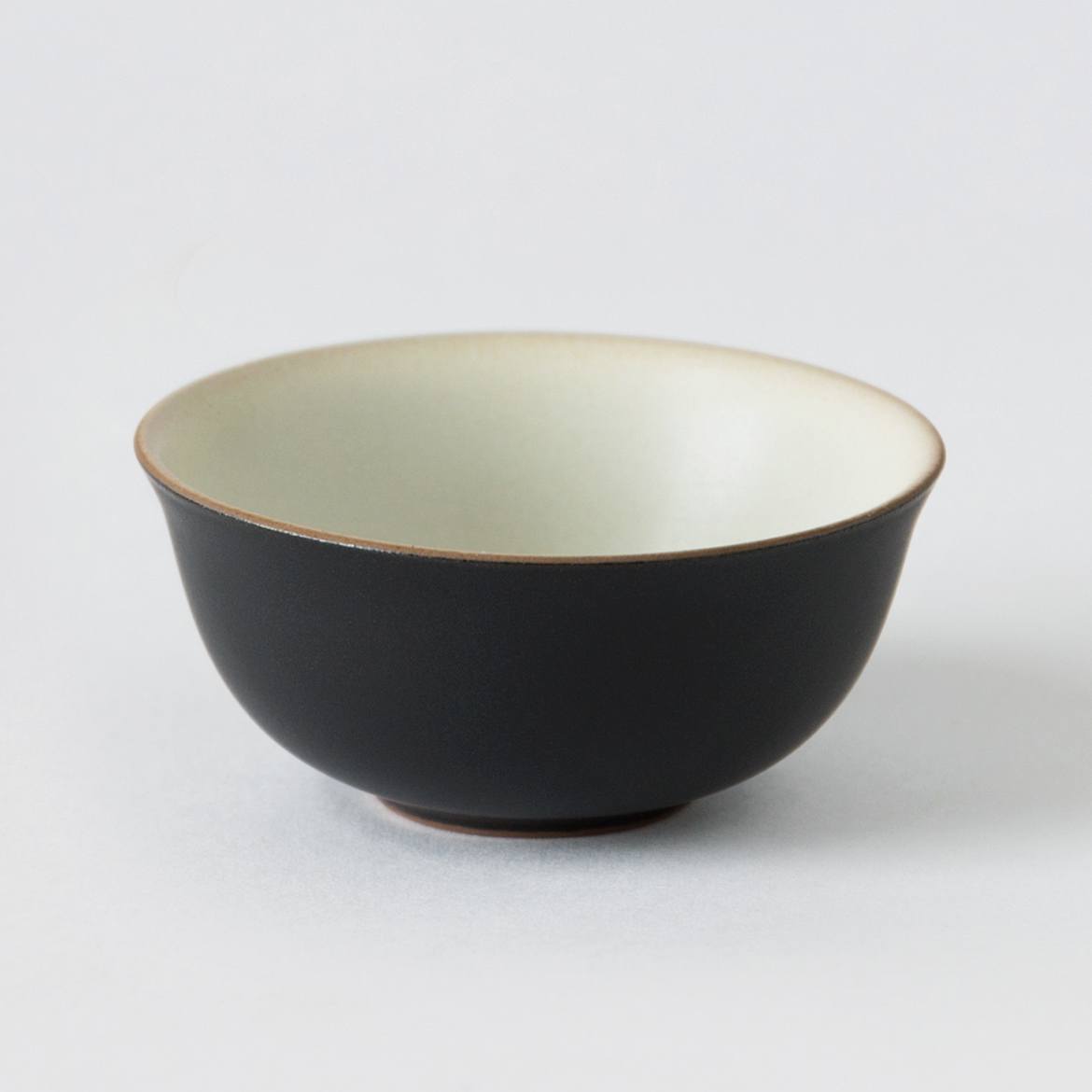 The Gongfu Teacup is essential for the traditional gongfu cha style of tea service. Enjoy oolongs and other aromatic teas brewed from a gawain or traditional teapot.

More About Tea and Ritual

Tokoname was the location of one of the Six Ancient Kilns of Japan and is also famed for Buddhist and Shinto shrine statue artisans. Tokoname is often considered to be the sister city of Yixing. 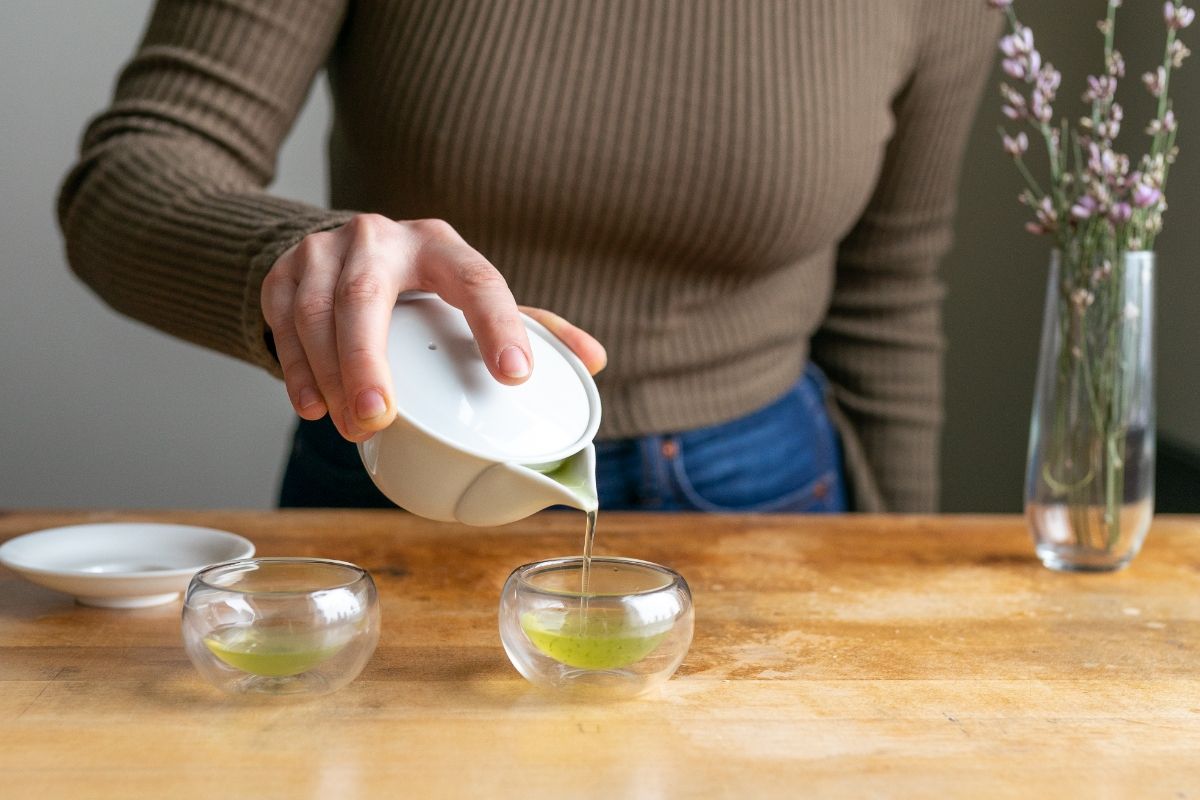 With disruption in our schedules, there’s an opportunity to create new, powerful tea practices to increase mindfulness and positive well-being.

How to Make Ceremonial Matcha