Darjeeling teas are renowned around the world for their magnificent aromatics, and this flight illustrates the nuance required from a master tea taster to experience the teas and speak in-depth about them.  To truly delve into the study of distinction in Darjeeling teas, we want to offer comparisons and tasting notes, as well as pairing suggestions to taste between the 1st and 2nd flush teas.

At the end of the flight offerings, cold brewing suggestions are also available with step-by-step instruction to enhance the structure and essence of the Darjeeling 2nd  flush teas.  This flight illustrates similar cultivars, processed in similar methods, grown in different garden areas, plucked at different times in the season.

Though the steps in processing after harvest are nearly identical, there are a few elemental differences. During the summer months, the climate is much warmer, with higher ambient temperatures found in the processing rooms, which affects the oxidation during these stages.  The change in temperature increases the rate of oxidation, as well as the nuance of the piling and the amount of tea rolled at a time.  The second flush has much larger rollers with more pressure applied to reveal the succulent caramelized fruit notes, as well as developing the rich, deeper color of the tea when brewed.

The characters that is being developed that is visually perceivable is the development of polyphenols.  We can see how fresh tea polyphenols develop through oxidation into varying levels of more complex polyphenols, as seen in the chart depicted below. 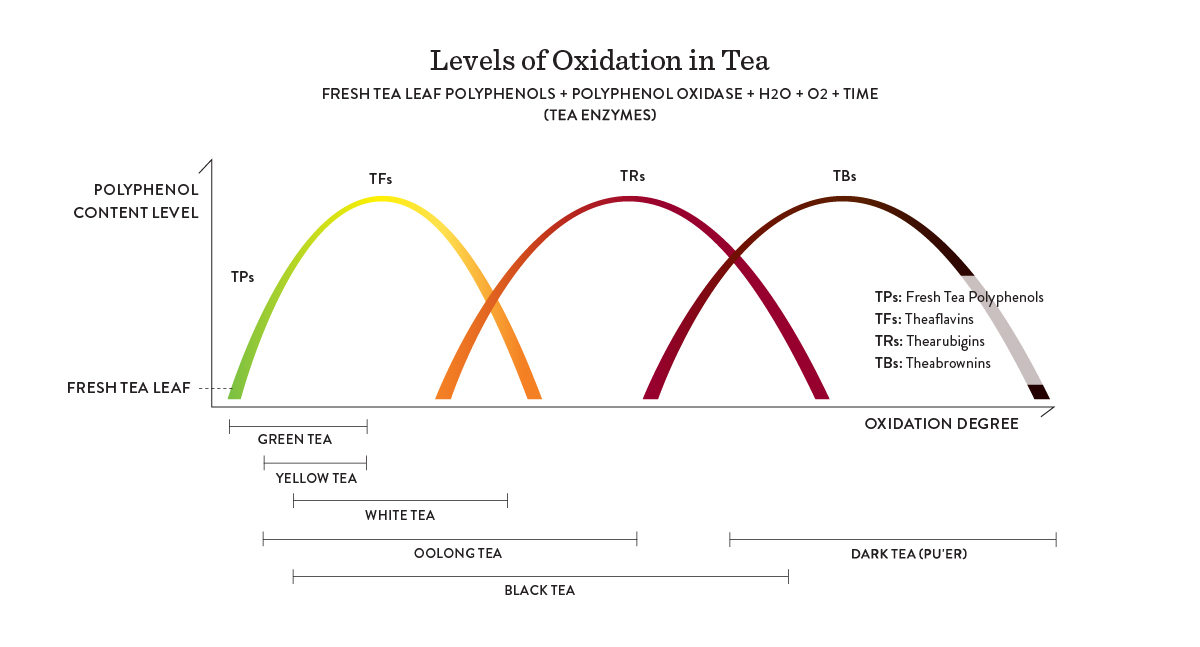 These teas are excellent examples of the range of polyphenols observed within the category of black tea. The 1st flush Darjeeling teas are prime illustrations of black teas possessing theaflavins, a polyphenol found in lesser oxidized teas.  The 2nd flush teas illustrates black teas possessing tarbagans, found in the mid-range of many types of tea.  The polyphenols alter the flavor profiles and mouthfeel.  The polyphenols also determine what type of water temperature would be suit the tea when brewing, as we can see with the differing water temperature between the two flushes.

Each garden’s character is very distinct and the nuance within the gardens differs from harvest to harvest.  We will break down the tasting comparisons by 1st and 2nd flush pairs to illustrate the definitive differences between the harvests.

We recommend brewing the teas following these ratios and timing instructions:

In the 1st flush, The Darjeeling First Flush Chamong EX2 is an AV2 clonal, grown at 1450 meters, and tastes like a ripe, Georgia peach.  The Darjeeling Second Flush Chamong DJ54 is the China seed variety cultivar, grown at 1525 meters, and offers a caramelized peach profile.  Though the cultivars are different, we can easily note the flavor development between 1st and 2nd harvests and processing.

Tumsong directly faces the highest Himalayan mountain ranges, and its vertically slanted gardens receive cool mountain air that alters how the plants and flavors present in the final tea.  The Tumsong Garden is noted for aromatics featuring iris, orchids and wild flowers with elegance of tannin and Muscatel grape flavor.  The Darjeeling First Flush Tumsong EX2  is found at 1200 meters and has hints of delicate floral notes, lilac, orchid, and Muscat grape.  The Darjeeling Second Flush Tumsong 30497 is at 1370 meters and tastes of rich nectarine, Medjool date, wildflower aroma, and has an elegant tannin structure.

Most of the tea bushes we find in the Lingia garden are the China leaf variety, which is genetically most similar to the rose bush of all tea plants cultivars.  The tea in this garden is renowned for its rose flavors and aromas that are not produced in any other Darjeeling property.  The Darjeeling First Flush Lingia EX1A , grown at 1250 meters, gives us rose, lemon zest, and stargazer lily.  The Darjeeling Second Flush Lingia C30496, at 1370 meters has a floral aroma of Champagne grapes, Muscatel character, with raisin notes. 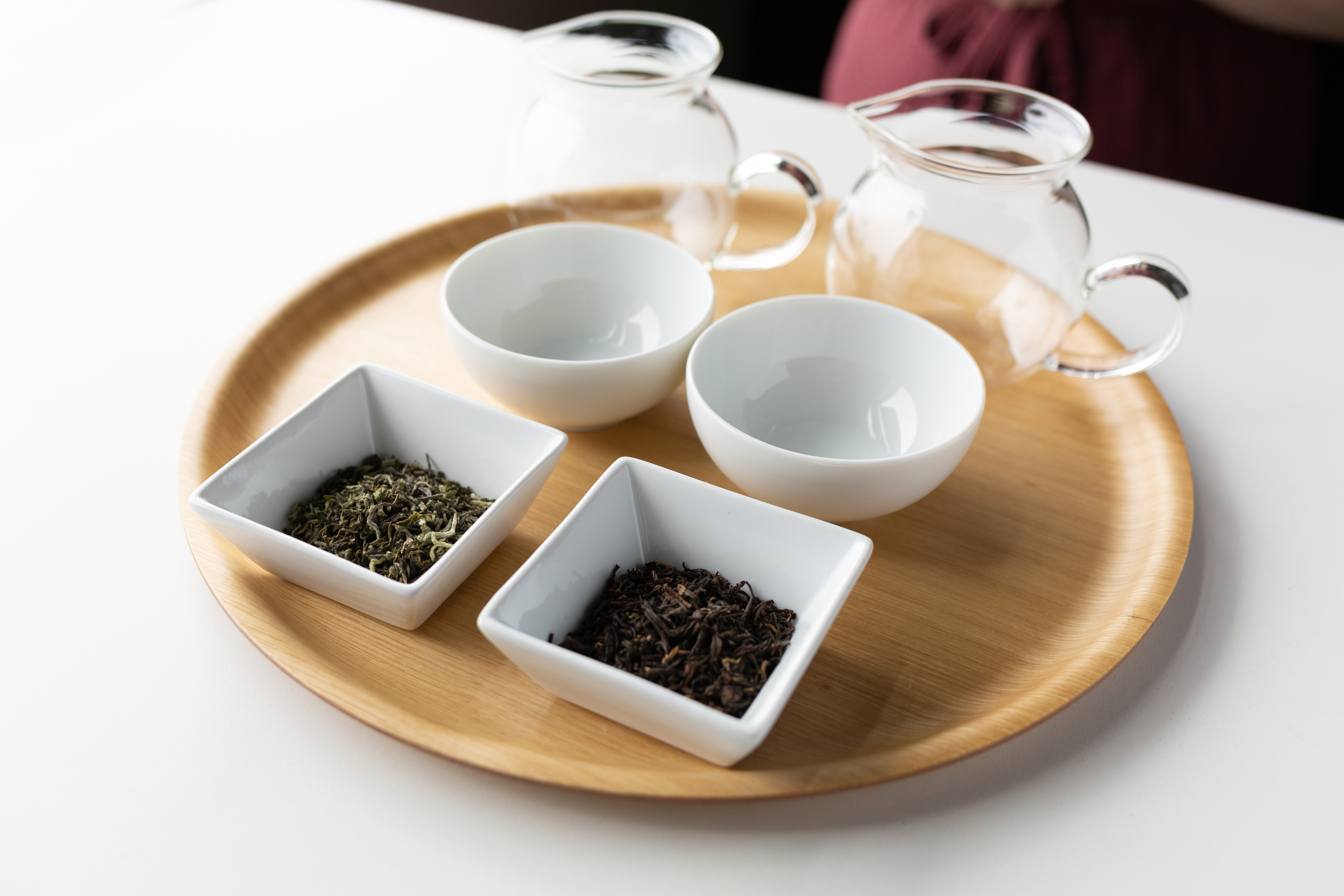 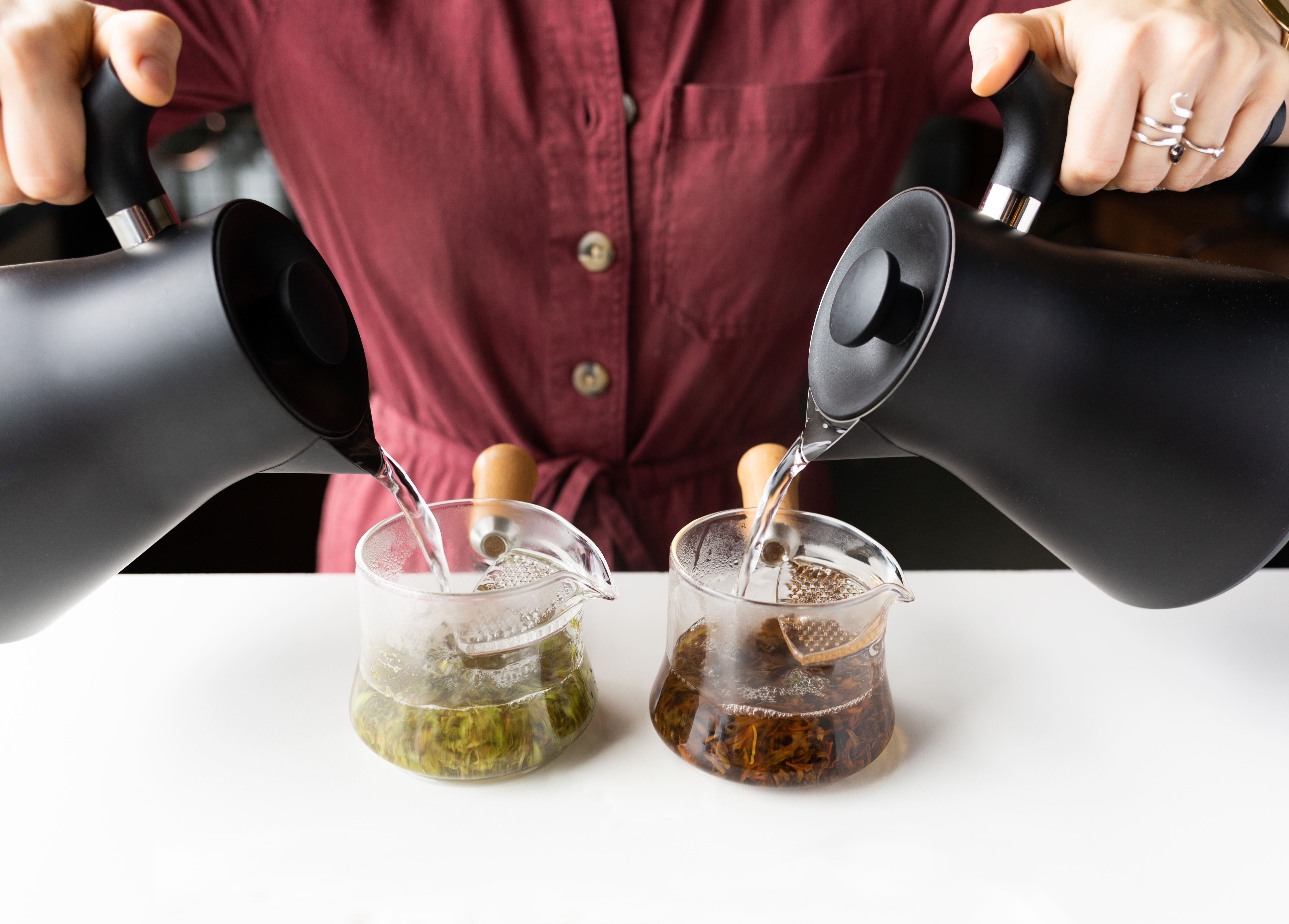 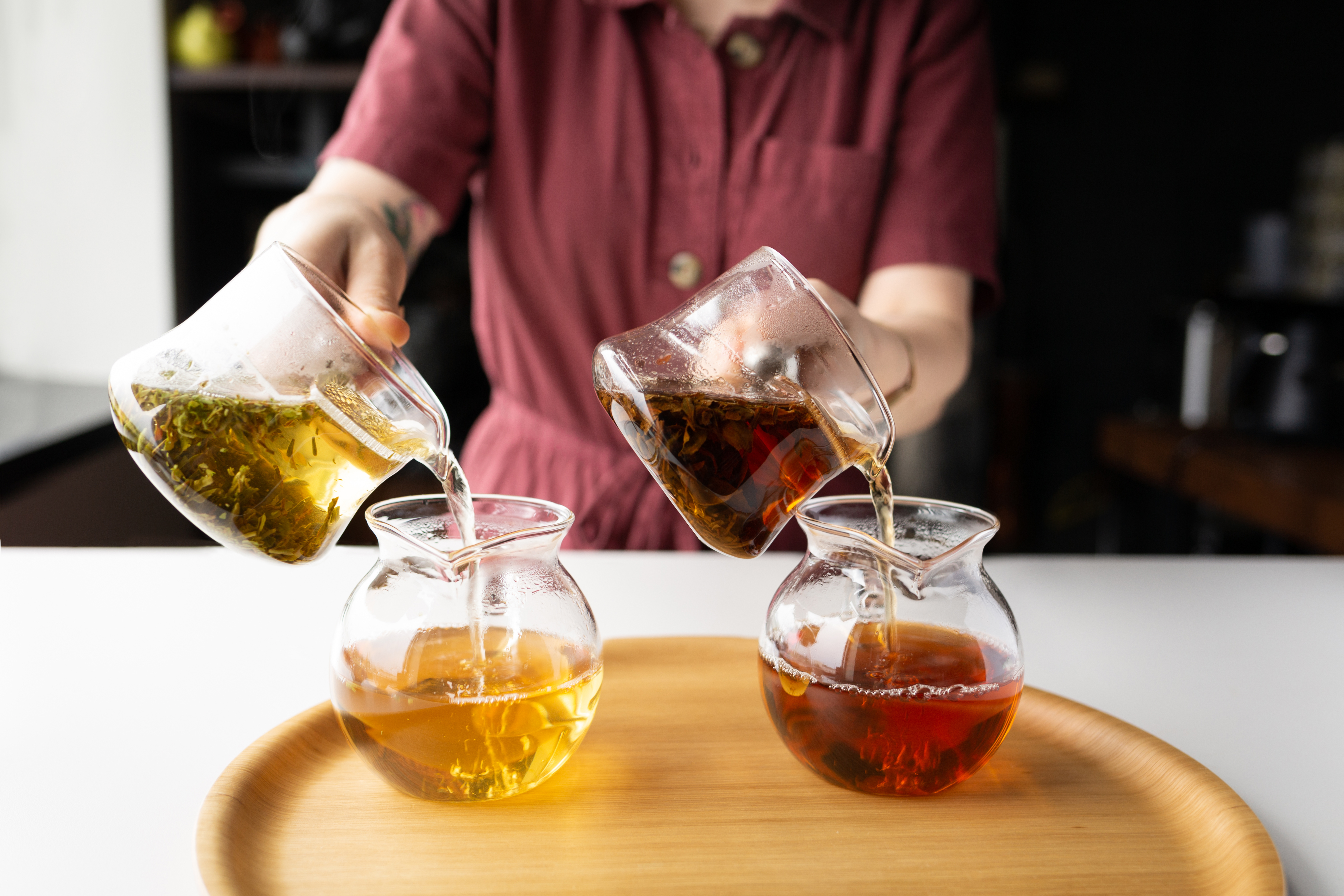 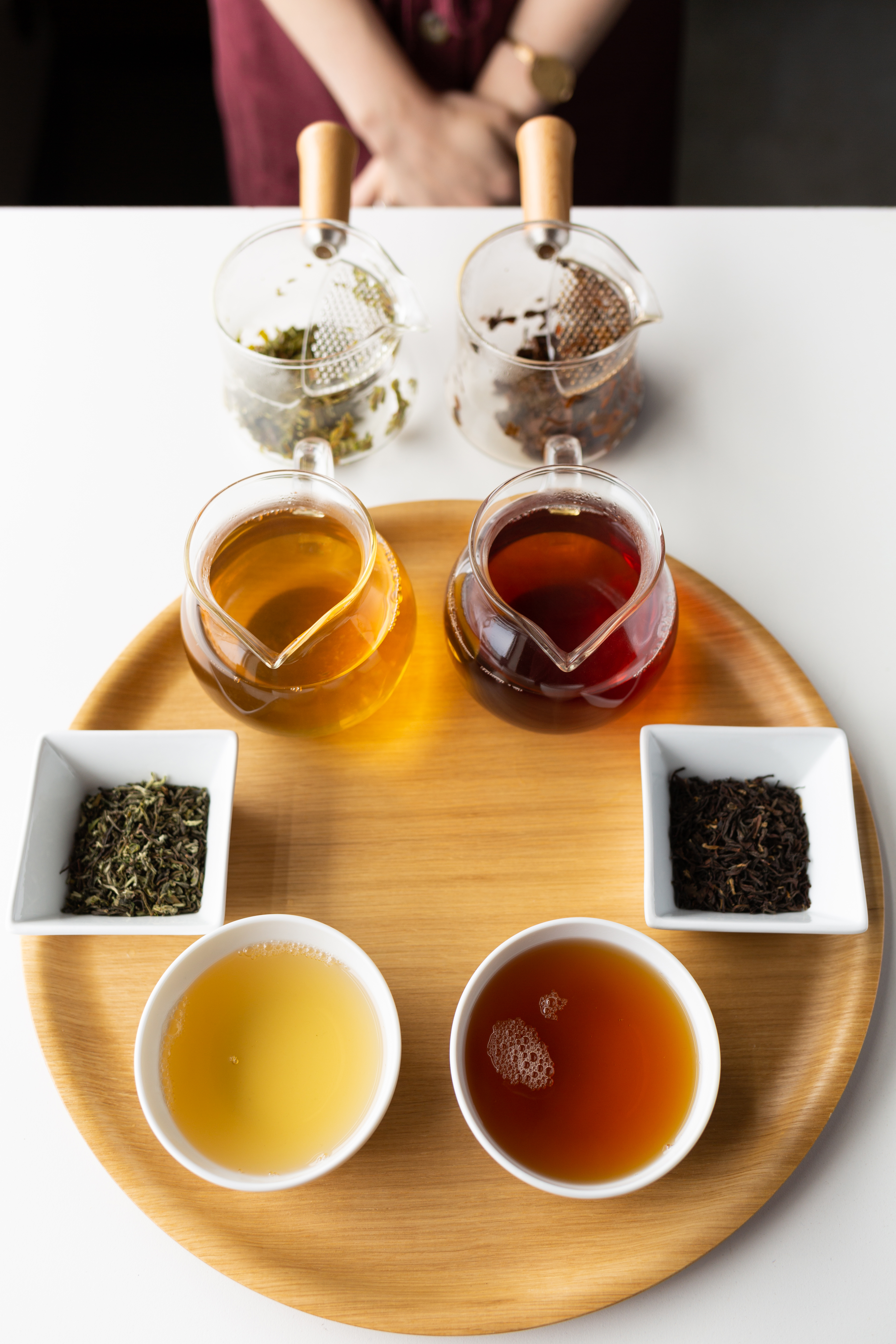 Though we do not have a 2nd flush offering from the Shree Dwarika garden, the Darjeeling First Flush Shree Dwarika EX3, is a magnificent example of Darjeeling 1st flush teas. The third highest mountain in the world, Kanchenjunga, overlooks the estate and the icy wind from the mountain, gives a flowery character to its teas. The estate is at a high elevation and has many vintage China variety plants.  Shree Dwarika EX3 has a delicate and fresh taste with notes of orange blossom, Buddha’s hand, and magnolia.

Another notable tea that does not have a garden counterpart is the Second Flush Marybong DJ61.  The Marybong estate is very unique and the teas from this garden are notable due to the thrips that invade the garden to begin oxidation on the tea plant. Depending on the crop, the teas can taste of nectarine, jasmine, frangipani or wild rose. The quality is at its prime for the brief period of time before the monsoons. The Marybong selection we are presenting has a ripe, white nectarine profile with fleeting jasmine aromas. 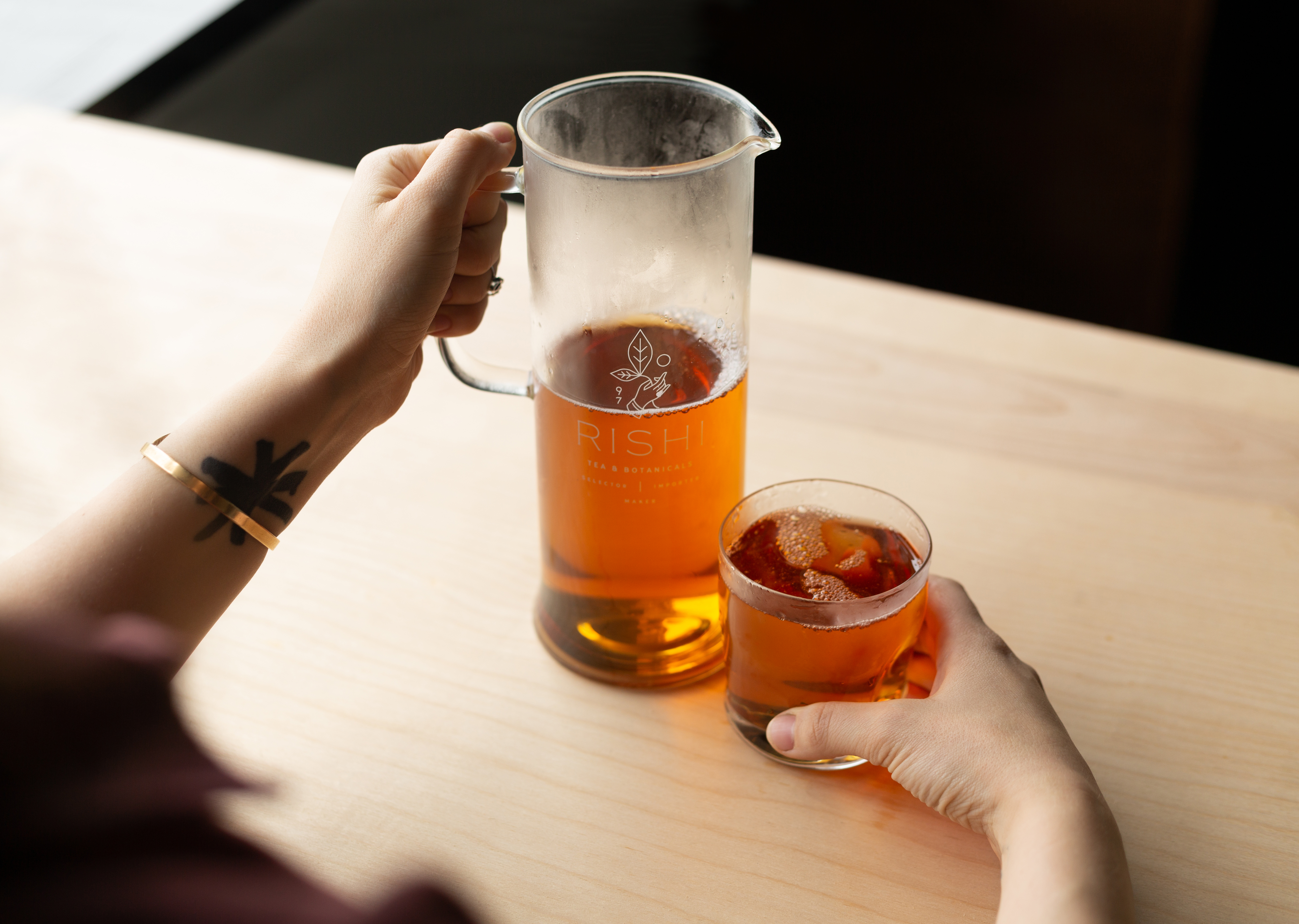 For a great summer beverage, we suggest to cold brew either the Darjeeling Second Flush Marybong DJ61 or our Darjeeling Second Flush Chamong DJ54.  A great ratio of tea leaf to water is 12 grams of tea to 1000mL of water.  You will need 200mL of 185°F water, 800mL of cool or cold water, 12 grams of your tea of choice, a 1000mL Simple Brew or other vessel, a vessel to decant into, and 4 hours of time.

Begin by steeping the 12 grams of tea in 200 mL of 185°F water for 1 min.  Add the remaining 800mL of cool or cold water on top, and place in the refrigerator for 4 hours.  Decant the liquid into another vessel, straining out the tea leaves.  Serve chilled.  Not recommended to be served with ice.  Enjoy the nuance of the flavor created by this brewing method!

We hope you value the magic of Darjeeling and the teas from these lofty mountains, each with its own signature and flavor development from 1st flush to 2nd flush. 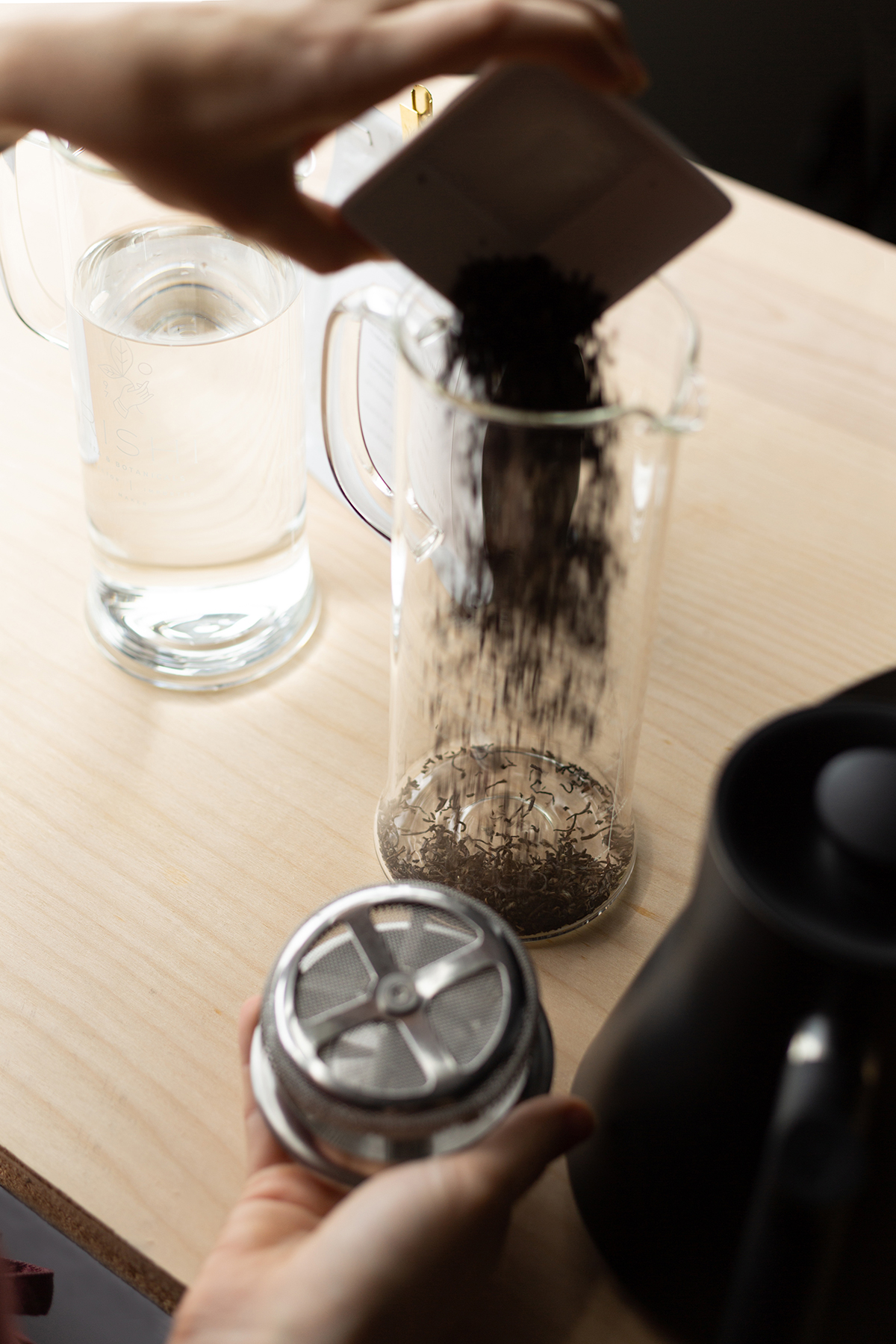 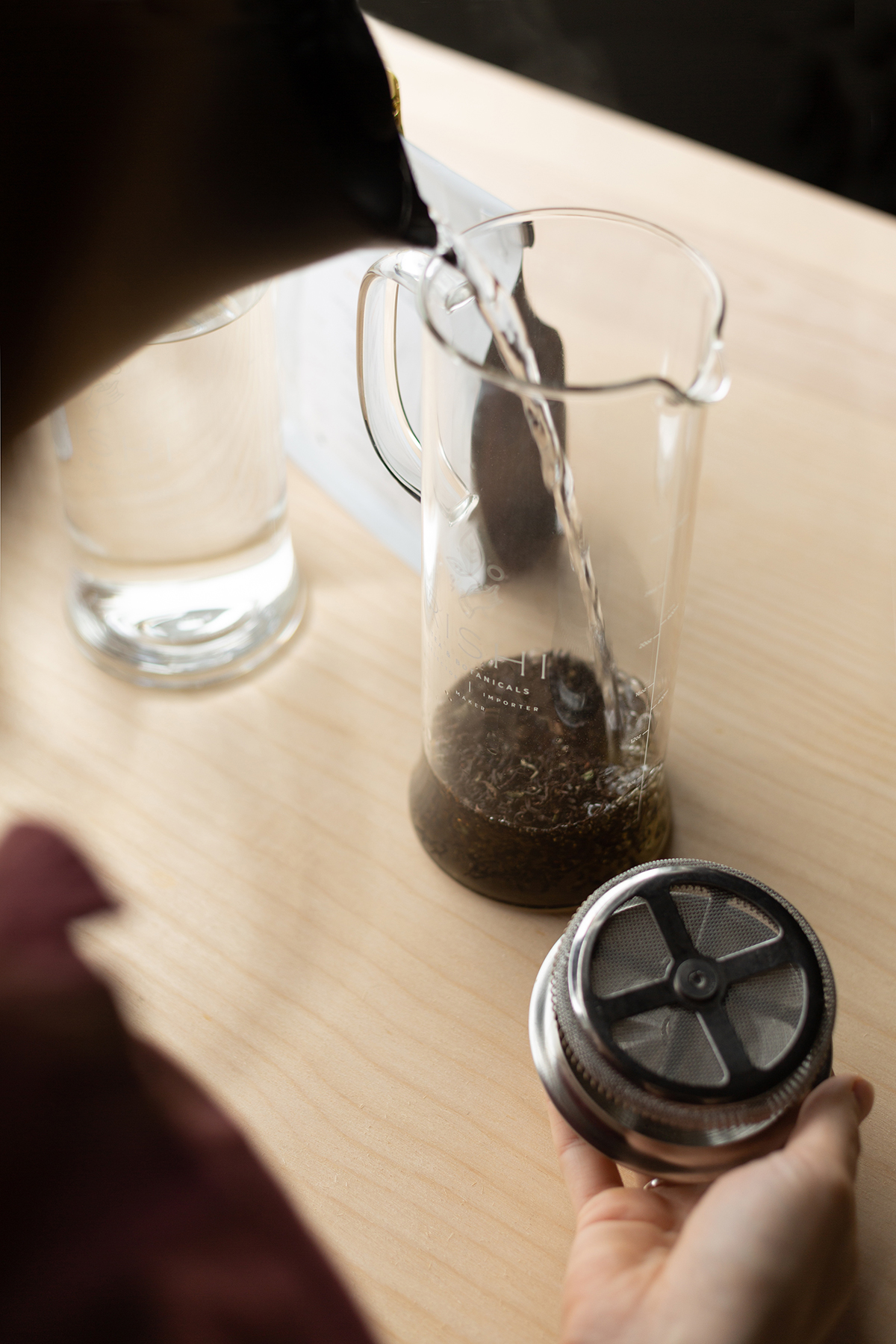 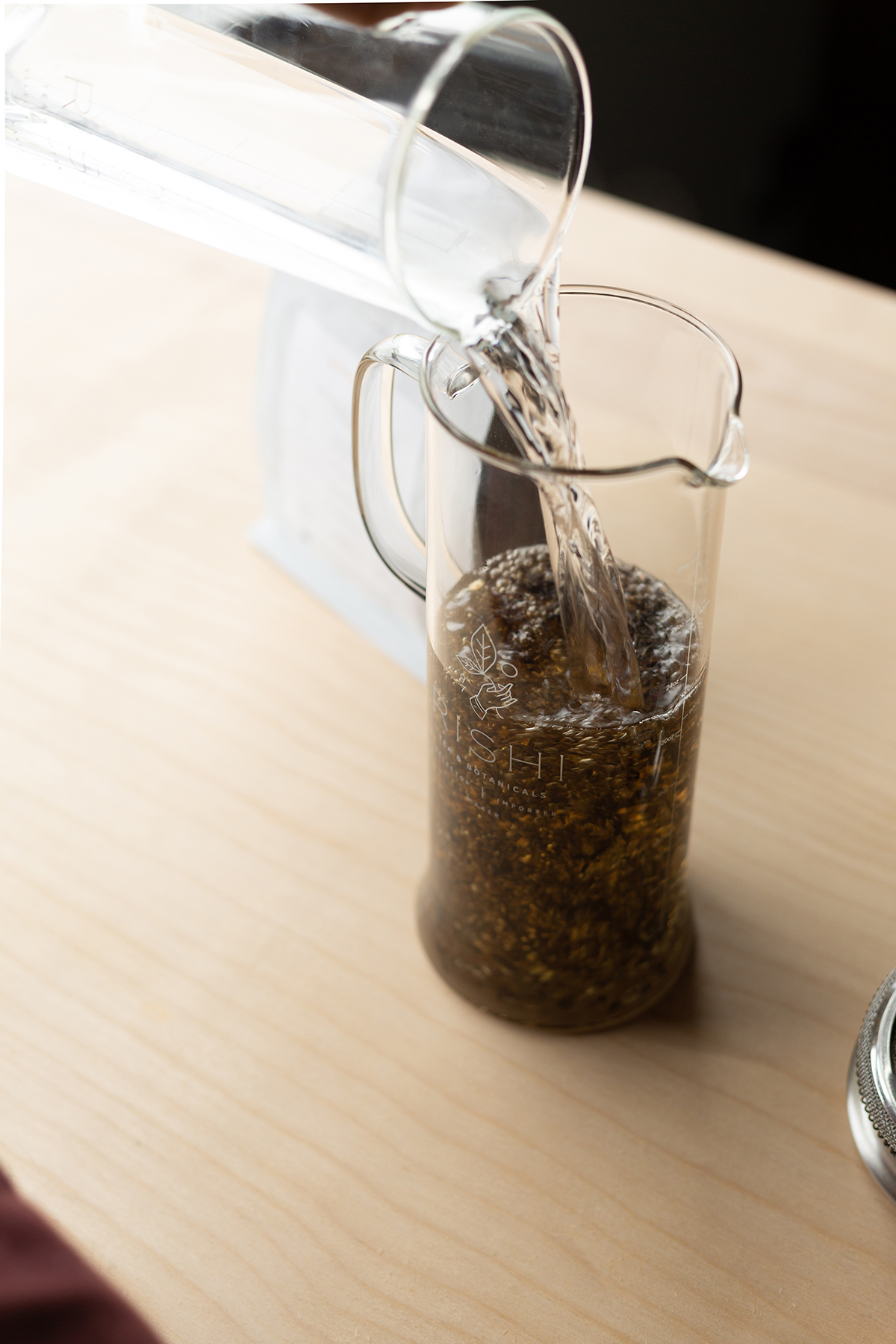 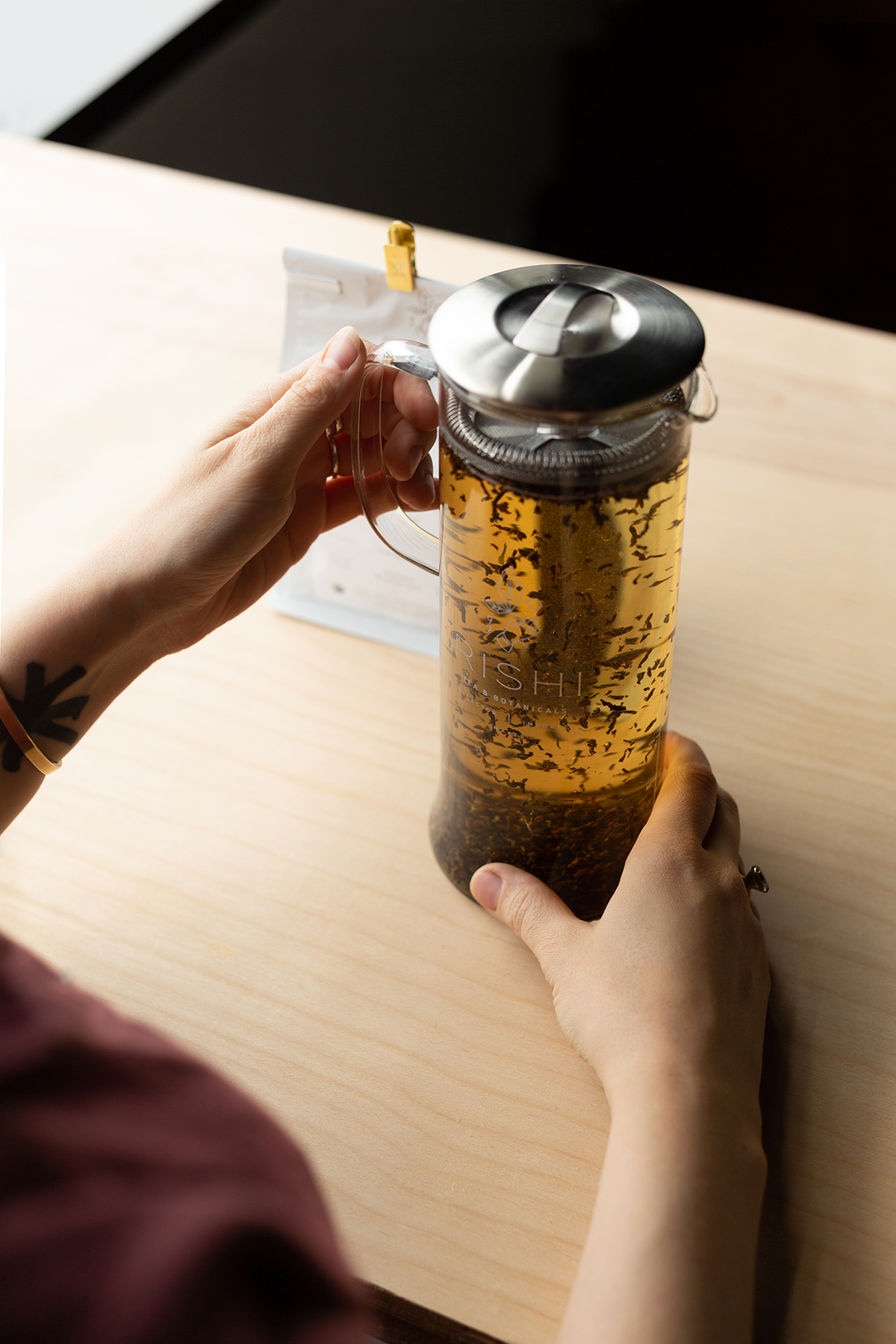 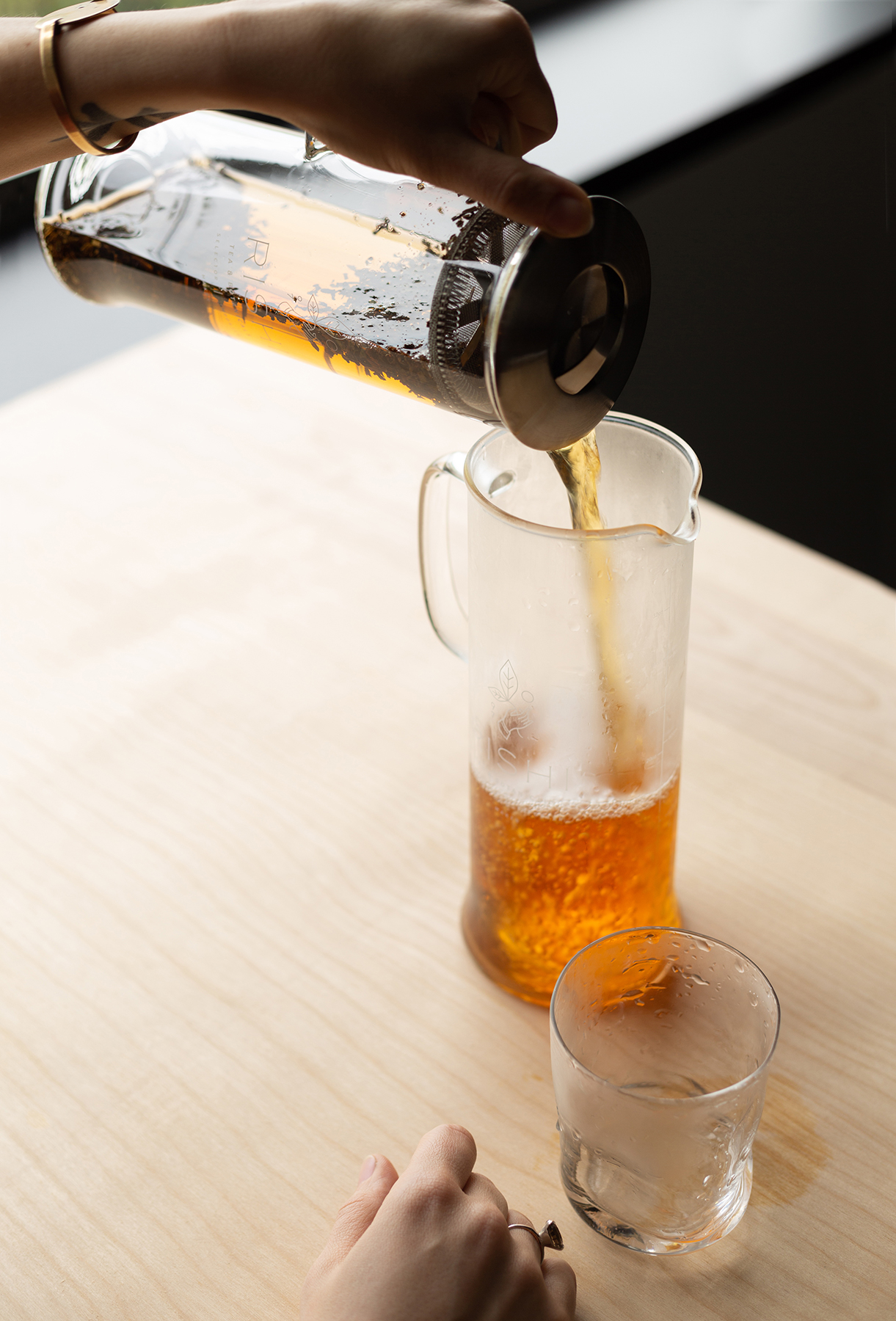 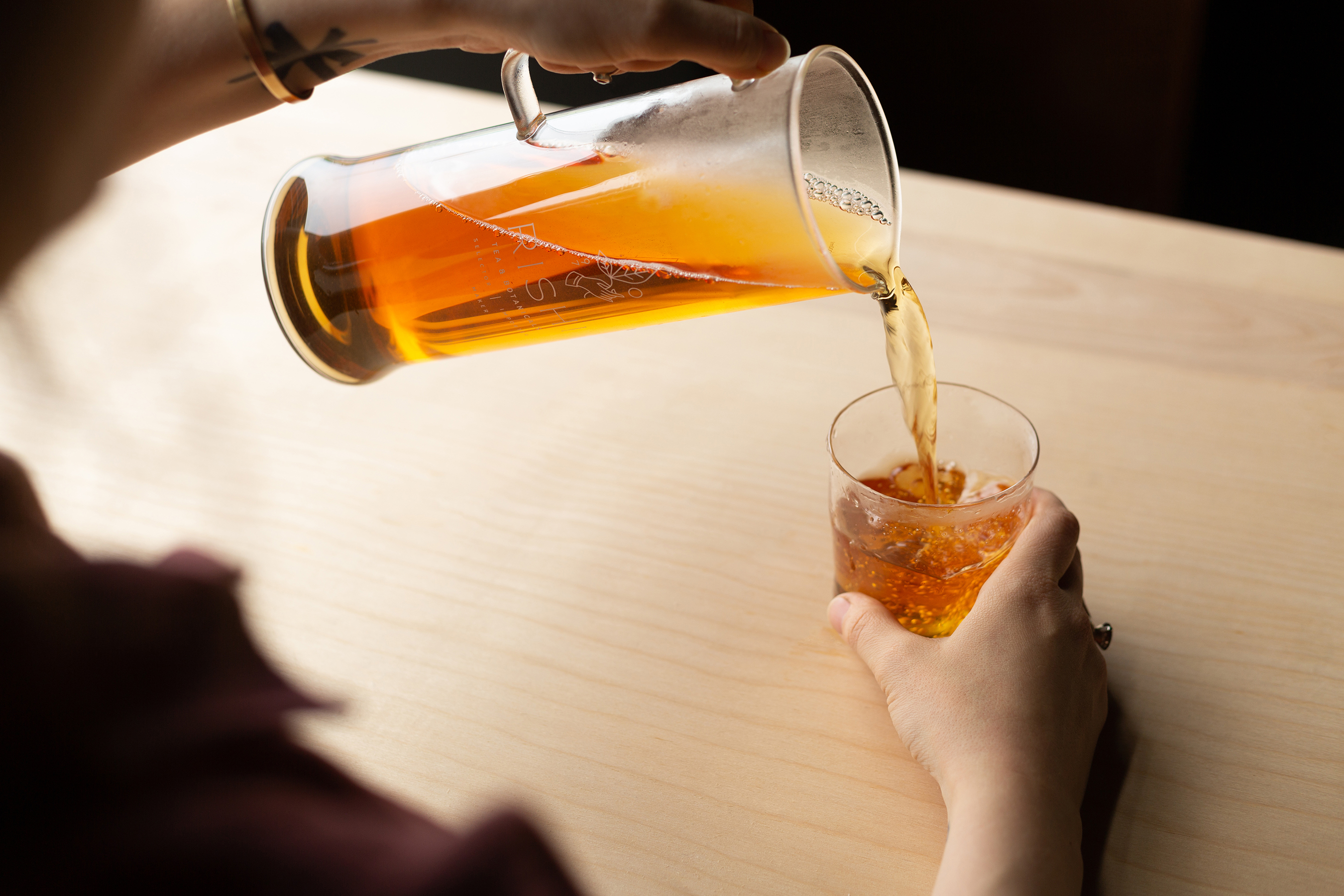