by Joshua Kaiser | From The Archives

Early morning walk on the top of Wudongshan near the volcanic lake known as Palm of Heaven. Wudongshan is a tall mountain within the greater Phoenix Mountain area, and is home to the most pure, natural Dancong tea groves and clean processing out of all of the Phoenix Dancong tea regions. 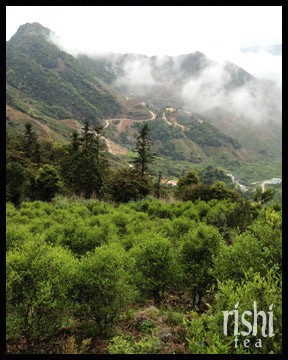 Dancong tea trees are planted in groves according to their aroma type. Dancong literally means “single-trunk” and refers to the cultivation method seen here, where each individual tea tree is allowed to grow to its natural height and form its own trunk. This is distinct from terraced tea gardens, where row upon row of tea bushes are pruned together, forming a flat plucking “table.” The benefit of Dancong cultivation method is that it allows the tea tree to reach its natural height as well as depth; its roots dig deep into the mineral-rich soils of Phoenix Mountain. Having grown tall and formed its single trunk, the Dancong tea tree will develop “secondary plant metabolites,” which are phytonutrients and aromatic compounds that give Phoenix Dancong tea its rich aromatic character. Dancong tea tree cultivars are classified by their aroma type, such as Mi Lan Xiang (Honey & Orchids Fragrance) or Zhi Lan Xiang (Irises & Orchids Fragrance). 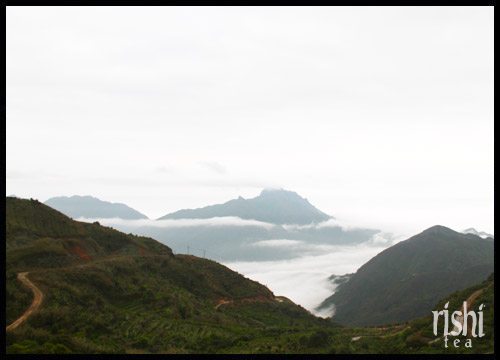 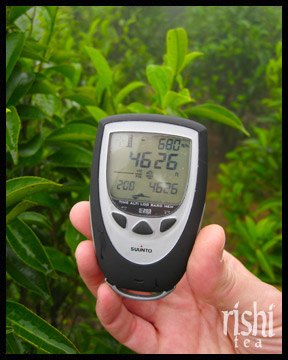 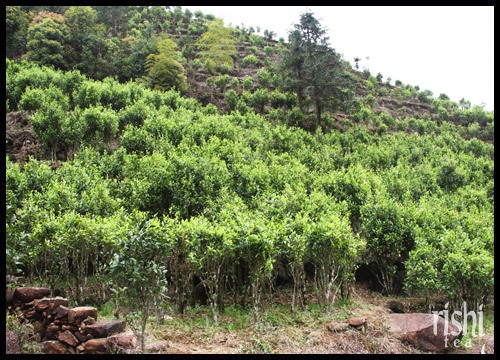 Dancong groves are planted in the mineral rich soils of Phoenix Mountain. Minerals such as manganese, selenium, calcium and potassium lend the teas produced here a density of flavor not found in teas from low-mineral soils. The depth of Phoenix Dancong flavor is best experienced using the Gongfu Cha (“kungfu tea”) brewing method, using a lot of leaf and short, but repeated infusions to savor the rich aromatics in the tea. Some Phoenix Dancong teas can stand up to literally dozens of infusions. We call this the “patience” of the tea. 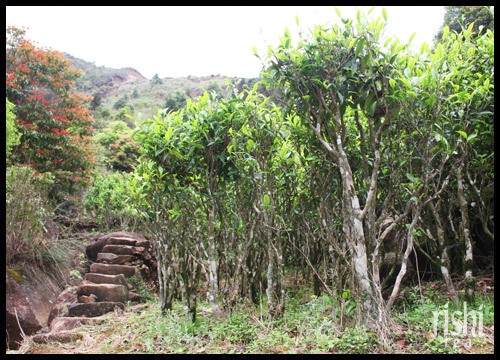 Dancong tea tree groves are planted in a relatively low population density–giving each tree enough space to grow fully and form its own trunk. Dancong literally translates to “single-trunk.” 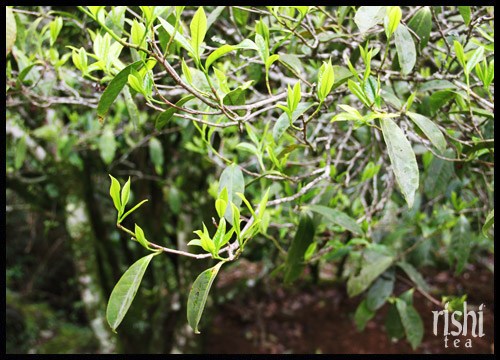 Phoenix Dancong oolong tea calls for a plucking standard of three to four tea leaves and no bud, or perhaps a tiny bud. This Dancong tree is nearly ready to be plucked. Whereas the single-bud or two-leaves-and-one-bud plucking standards are ideal for white teas and green teas, oolong teas benefit from three to four tea leaves, which have higher concentrations of tea polyphenols that can be transformed through artisanal processing into incredible flavor and aroma compounds. The young buds and tender leaves are too sweet and rich in amino acids to make flavorful oolong tea, but they are perfect for making deliciously sweet and umami white teas. 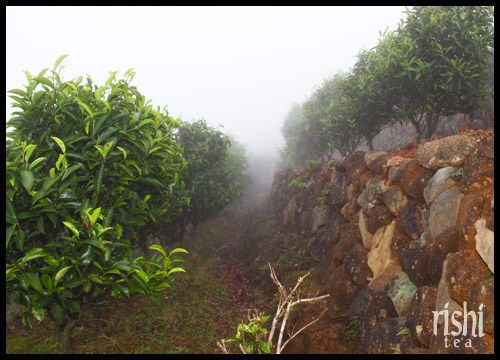 The high-mountain Dancong groves grow amidst dense cloud cover during the spring season, causing them to mature slowly and concentrate their flavor. 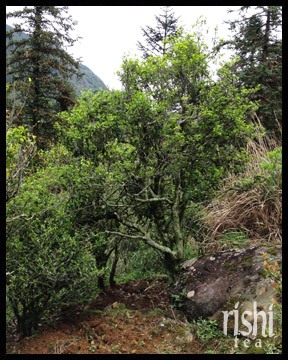 The high-elevation tea groves in Wudongshan are balanced with pine trees and other plant life that helps maintain biodiversity and a healthy environment for the Dancong tea trees. 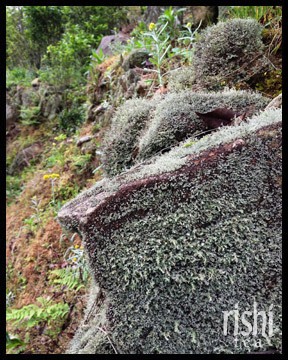 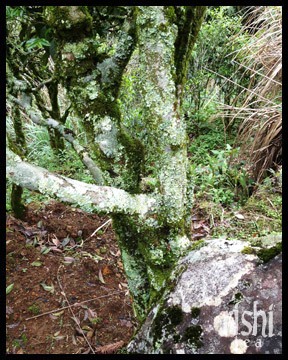 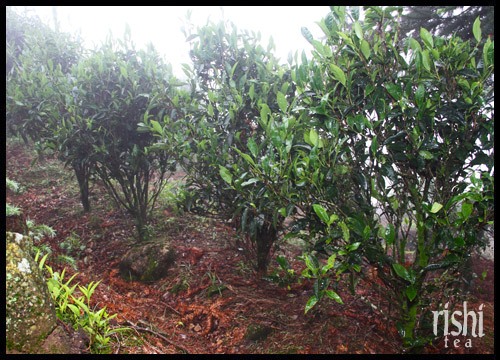 The constant damp conditions and moisture in the air provide the environment for mosses and lichen to grow in the high mountain area. 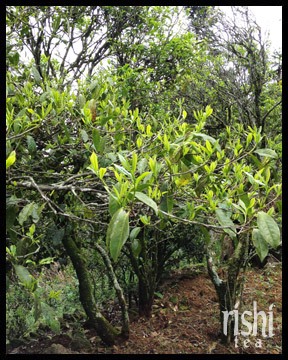 Groves of Dancong tea trees give Wudongshan a bright, verdant green hue when they sprout in the springtime in April and May. 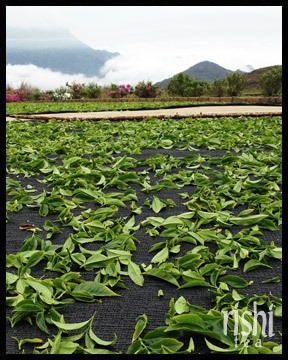 Rishi only buys Dancong from the high-mountain area that is produced in the traditional way but in a more pristine environment on mats and carefully managed. 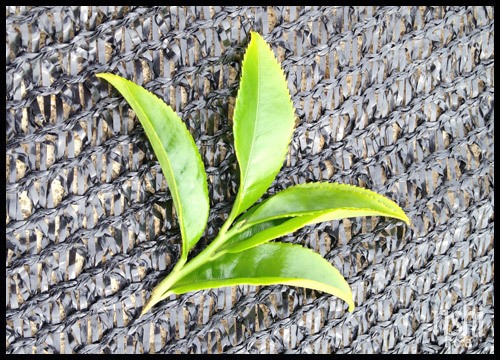 Dancong processing calls 3-4 leaves with a very small bud or no bud. 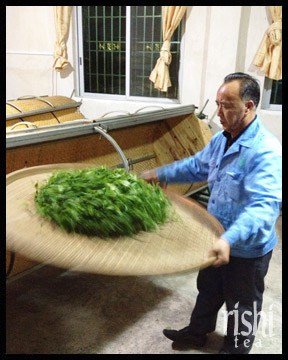 Master Huang is a renown tea master making Dancong tea for his entire working life. He is in charge of all aspects of processing including the most intricate process of leaf withering and oxidation. After outdoor and indoor withering, Master Huang “dances” the tea leaves on bamboo plates and then gently hand mixes and spreads them which begins the oxidation process. Plate after plate are danced with each batch of Dancong. Season after season, dance after dance, this tea work is physically taxing and I could not believe how strong these tea masters have to be to carry out this work all night and into the morning. Before the leaves are danced, the aroma of the tea leaves are bit raw and grassy with a skinned apple note and after the dancing and mixing, they become amazingly floral and fruity and the grassiness is reduced. The teas are rested after dancing and remain withering on racks. After the batch is all racked and resting, the whole room smells like fruits and flowers. 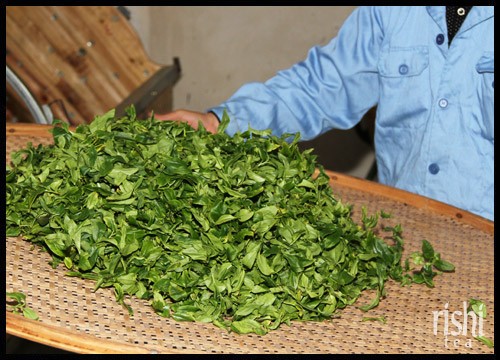 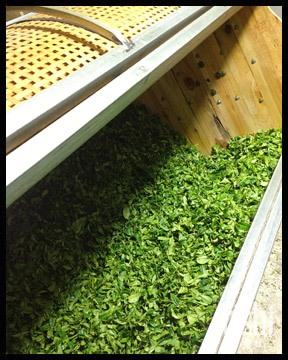 Tea leaves are tumbled in this yaoqing (“tumbling”) machine to develop their aroma by bruising the tea leaf to introduce some moderate, slow, controlled tea leaf oxidation. 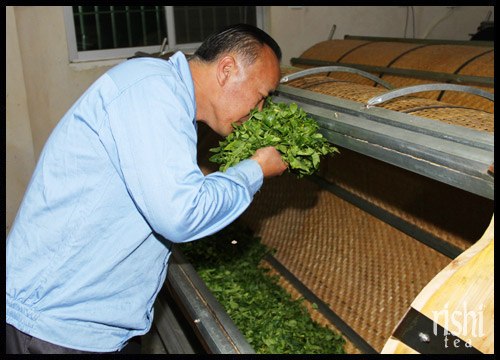 The leaves are tumbled for a time until their aroma is approved by Master Huang. It is never the same timing. Only by smelling, touching and seeing the leaves can the master know when to stop yaoqing and proceed to further stages of oxidation. This gongfu (“masterful skill”) is called kan cha zuo cha in Chinese, meaning literally “See tea, make tea.” This refers to the concept that there is no prescribed formula for making tea. True tea artisans have to constantly sense the development of aromas and flavors in every aspect of the tea leaves as they are making tea, adjusting their process at every stage depending on the ambient temperature, humidity, seasonal harvest conditions, etc. Making tea is never the same twice; every batch is unique. After the leaves come out of the yaoqing tumbler, they smell of strong pit fruits and flowers. The grassiness is removed and the color of the leaf changes. The red bruising on the leaf shows the beginnings of oxidation. 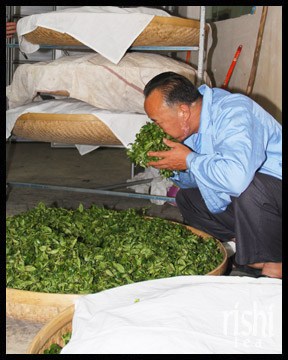 The leaves are taken from the yaoqing tumbler and portioned out onto bamboo plates and covered with a breathable cloth. The teas are left on racks covered to rest and further oxidize. 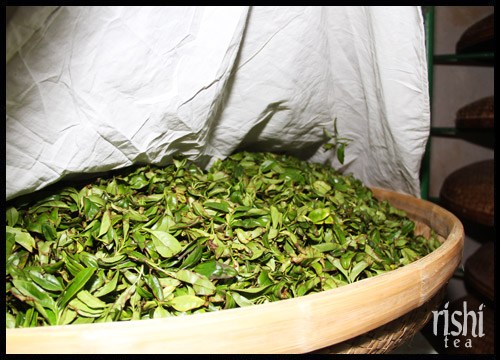 After 5-8 hours of covered oxidation, we check the teas and sense the aroma, the color and suppleness of the leaf. The withering, dancing, yaoqing, oxidation and all other processing stages of Dancong must be controlled by masters with decades of experience. 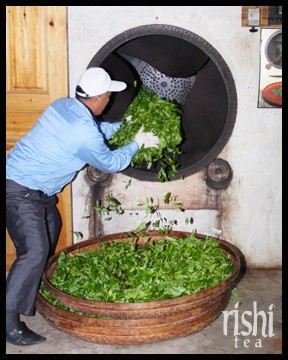 Teas are fired in the wood fired shaqing ji to halt the natural tea leaf oxidation at the stage chosen by the tea master. During this time, the tea is checked very strictly by the tea masters. This is the step where all the work that went into oxidation can be destroyed if the fire is not controlled. 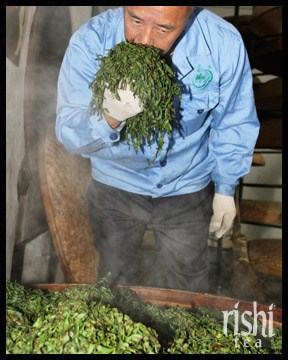 Tea Master Ke takes the tea from firing and begins the batch rolling and other aspects of the processing. I asked him how long he has been making tea and he passionately pronounced that he has made tea his whole life and that his family has made tea since the Song Dynasty. Tea Master Huang, Tea Master Ke and the entire Ke Family taught us so much about where and how our Dancong is made and were inspiring artisan teachers. 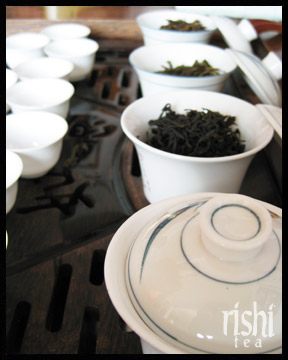 Various aroma types of Phoenix Dancong tea are set up to evaluate in guywans. 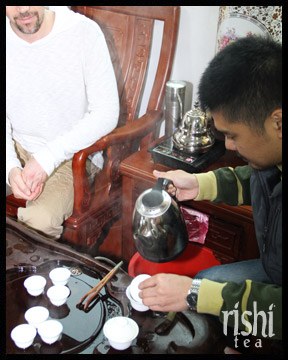 Dancong is brewed by Mr. Ke Zelong, a national tea taster, Dancong expert producer and son of Chairman Ke, the owner of Palm of Heaven tea company in Wudongshan. I tasted many infusions of Dancong brewed in a guywan that we savored in small cups. The local gongfu cha brewing method is to rinse the tea twice, to smooth the character but also to test the naipao or “patience” of the high-mountain Dancong tea. 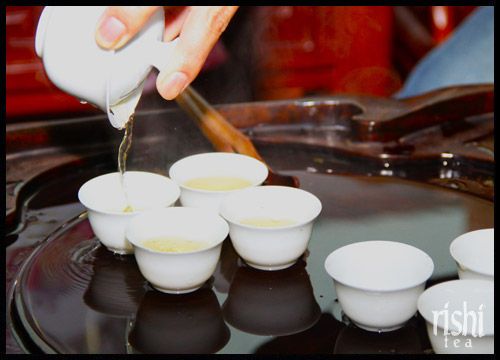 Dancong is best enjoyed in small tasting cups over the course of many repeated infusions to see the tremendous depth of flavor Dancong has to offer.