The exact date a tea harvest begins depends on location, and how spring develops. Like any plant emerging from the grips of winter the intersection of daylight hours, rain and heat will determine when growth begins in the tea plant. New leaves emerge every few days, so advanced planning, and ideal weather is crucial for a quality product. Only bright, tender new growth leaves that emerge are harvested from the hardened, mature, deep emerald leaves lower on the branch.

Each year the anticipation and new season brings welcomed organized chaos down the supply chain. There are many stages to get leaves from the farm into someone’s cup, especially in America. Therefore, the speed of each stage is matched by the speed the tea plants growth. With the love of the rush, farmers, makers, exporters and importers are in a race to be the first to market with the new season’s first tea leaves. This is the essence of our Garden Direct program here at Rishi. A curated list of high quality speciality lots are air-freighted in as soon as possible so consumers on this side of the globe can taste teas fresh as they become available.

Because our global climate is changing, tea harvest times especially the first harvest of each season are becoming less reliable. In some areas the start has historically been consistent within a small window, however in the past 10-15 years the spring season has been erratic at best leading to late, false and irregular starts. This can lead to inferior product, harm for perennial tea bushes and fewer harvest days. With a few regions already seeing an unwelcome pattern emerge these facts are important to realize for all end consumers.

Harvest Seasons Around the World

Comparable to a wine grape harvest, tea lovers wait with anticipation for the first leaves of the new crop year to emerge marking the beginning of spring. Each arrival of a new year brings a rejuvenated cycle of new growth revered by tea drinkers in ethnobotanical traditions and rituals that coincide with the harvest. A new crop year presents its own character, with nuanced differences from the year before and a renewed chance to capture the terroir of the season. 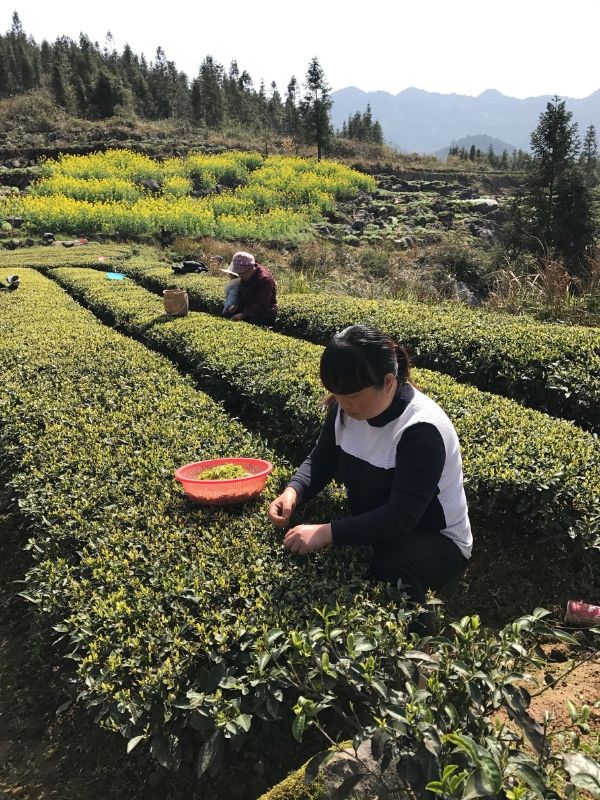 In the northern hemisphere the first harvests start at low elevations, nearer to the equator and track winter north. The subsequent harvests move north slowly and up mountain sides as the season evolves. The inverse is true for the southern hemisphere.

With the expanse of growing areas today, there is no one harvest time or window. In the north, the earliest leaves can flush in mid March and go into November. For the warmest climates closest to the equator, tea bushes flush year-round with slight differences every few months. The largest harvest corresponds to the abundant rainy season. Though limited and different from one another, Chile and Australia in the southern hemisphere roughly start in October and end in April.

In this century as tea is grown around the world at different latitudes and in different countries multiple names are used for harvest seasons. Like many countries around the world East Asian harvest names relate to the lunisolar calendar, which is based on the phases and positions of the sun and moon determining seasonality. South Asia and other newer growing regions call each individual harvest a “flush” due to the burst of new growth.

Not all tea is best picked and processed from the first leaves of the year. Green, yellow and white teas need the sweet, tenderness of young leaves and buds and therefore benefit from the first few flushes, while most oolongs are best made from mature leaves (3-5 leaves and a bud) containing more developed complex flavor and aroma compounds. Black and dark teas also benefit from more mature leaves for complexity, but also developed tannin structures.

Tea can be summarized by many words, one of which is global. Camellia sinensis is grown on six continents, year-round in many countries and consumed daily worldwide. The culture of tea has thus evolved and expanded over the 2,000+ years it has been carried and planted around the globe. Tea cultures are numerous creating no singular right way to brew a proper pot of tea, but many ways to enjoy a cup!

Rishi Tea & Botanicals travels extensively each year, following the peak harvest to select the very best micro-lots just days after production. This practice allows us to offer unique and delicious teas that capture the essence of their origin and are not available anywhere else in North America.